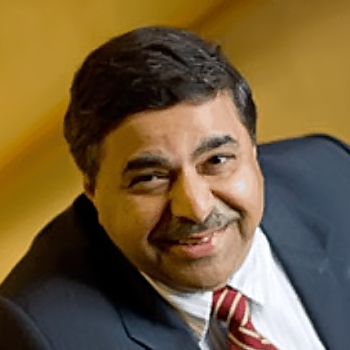 Sudhakar Neti, Emeritus professor of mechanical engineering and mechanics and Senior Scientist at the Energy Research Center at Lehigh University completed the Bachelor of Engineering in Mechanical Engineering in India. His doctoral work at the University of Kentucky under Roger Eichhorn included one of the earliest predictions of non-isotropic turbulence driven flows and energy transfer.

He has been a NASA Fellow at Moffett Field, CA, a visiting Fellow at Wolfson College, University of Oxford, England and at the Harwell Laboratory in Harwell, England and has been a consultant to many industries. He is the Founding Director of the Lehigh University Industrial Assessment Center sponsored by U.S. DOE and currently is the Associate Director. In 2008, Lehigh University President Alice Gast appointed him to be a founding co-chair of the Lehigh Environmental

He has enjoyed teaching undergraduate and graduate courses in thermodynamics, heat transfer and fluid flow, renewable energy and particularly liked kindling the young mind and watch it bloom. He has supervised the work of numerous graduate students, guided many to their Doctorates and mentored post-doctoral scientists. Dr. Neti has lead hundreds of energy saving Industrial Assessment Center visits to small and medium size manufacturing plants in PA and NJ and in that process helped educate the next generation of energy engineers. His research comprises of experiments as well as computational modeling and is centered on transport phenomenon related to single, multi-phase, bioengineering and non-Newtonian flows, nanoparticles as well as laser instrumentation. His more recent research interests include solar energy, energy storage technologies, heat transfer fluids for solar applications as well as the use of solar energy for fossil fuel plants and the sequestration of CO2. His research has been supported by NSF, DOE, ARPA-e, Mexican government and other agencies and he has

published extensively in a broad spectrum of journals. He is a member of American Society of Mechanical Engineers, and Sigma Xi honor society. He was the co-chair of the ASME Strategic Task Force on Thermal Energy Storage and is a member of the ASME Committee on Standards for Thermal Energy Storage. He is a co-founder of Solarflux Energy Technologies, Inc., a solar energy company. His broader interests lead him to Asian studies, global citizenship and music.

He is likely to be on a Tennis court when not curled up with a book.