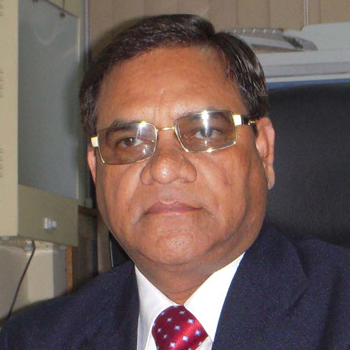 Professor (Dr.) Prati Pal Singh, an internationally renowned educationist, scientist, and science writer/editor/communicator has been working at the National Institute of Pharmaceutical Education and Research (NIPER), S. A. S Nagar, India. For Ph. D. degree (1980), he has worked at the Central Drug Research Institute, Lucknow, and did postdoctoral researches at Stanford University Medical Centre, CA, USA (1986), and The Ohio State University, OH, USA (1984-85). Prof. Singh has been a visiting fellow at the Montreal General Hospital, Montreal, Canada (1985). He is an eminent biotechnologist, parasitologist, microbiologist, immunologist, and neuroimmunopharmacologist. Prof. Singh has worked extensively on the pre-clinical and clinical development of satranidazole, a new anti-amoebic drug now on the market. He first reported opiates as a new class of drugs for the treatment of parasitic/microbial infections and has made seminal contributions to the treatment of malaria, tuberculosis, leishmaniasis, amoebiasis, and trichomoniasis. Prof. Singh has edited/co-edited four books viz.  Infectious Diseases and Your Health [ 2018, Springer Nature, ISBN: 978-981-13-1576-3 (Hardcover) 978-981-13-1577-0 (e-book) DOI 10.1007/978-981-13-1577-0], Water and Health [2014, Springer, ISBN 978-81-322-1028-3 (Hardcover) 978-81-322-1029-0 ( e-book ); DOI 10.1007/978-81-322-1029-0], Human Parasitic Infections of Pharmaceutical and National Health Importance (2009, ISSN 0369-8211), and Biotechnical Approaches to Neuroimminumodulation and Infectious Diseases (2009, ISBN 978-81-8465-013-6). He has over 200 research publications including one in Nature Medicine, five editorials, and nine patents including one US patent to his credit, and 81 Ph. D. and Master’s degrees have been awarded under his guidance. Prof. Singh has been the Editor-in-Chief of the Journal of Parasitic Diseases and is on the Editorial Board of the US journal Journal of Neuroimmune Pharmacology and several other international journals.  Prof. Singh has been elected Fellow of The National Academy of Sciences, India (2004) and Fellow of the Indian Academy of Microbiological Sciences (2008), and was nominated for the fellowships of Indian National Science Academy and the Indian Science Academy. He was elected At-Large Councilor (non-US), Society on Neuroimmune Pharmacology USA in 2010. Prof. Singh has been awarded prestigious the Bill and Melinda Gates Foundation Global Health Award in 2008, the National Institute on Drug Abuse, USA award in 2006, and the Tulasbai Somani Educational Trust Award of the Indian Academy of Neurosciences in 1992. Prof. Singh has been one of the Principal Investigators of the Indo-European Union 7th Framework Programme (2008) collaborative project “New Approaches to Target Tuberculosis”. He has been invited for several lectures/official meetings both in India and in the USA, the U. K., Canada, Switzerland, France, Germany, Austria, Italy, Belgium, and China. He has been the Nodal Officer of NIPER, Raebareli, and Member/Chairman of several high-powered Scientific Advisory Committees/sub-committees, various award committees, and selection committees of several institutes. Prof. Singh has been a Senator and Associate Dean (Academic Affairs) of NIPER.