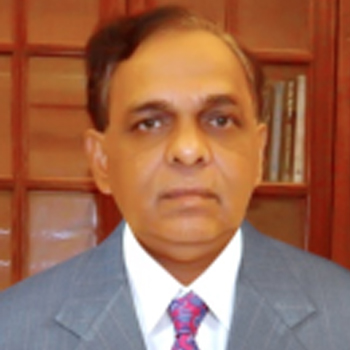 Baishnab Charan Tripathy From 1981-1987 he studied and worked in the USA, first at the Ohio State University, Columbus (1981-83) as a post-doctoral researcher and subsequently he moved to University of Illinois, Urbana-Champaign (1984-87). He joined as Assistant Professor in the School of Life Sciences, Jawaharlal Nehru University, New Delhi, where he started his photobiology laboratory and subsequently promoted to Associate Professor and Professor. On leave from JNU, he worked for National Aeronautics and Space Administration (NASA), Kennedy Space Center, Florida, USA and worked on space-grown plants and studied the effect of zero (micro) gravity on photosynthesis that could generate oxygen for human survival. On deputation from JNU, in 2011, Professor Tripathy joined as Vice-Chancellor of historic Ravenshaw University, Cuttack, Odisha. Upon completion of his 3 year tenure as VC, he joined back Jawaharlal Nehru University and served as the Dean, School of Life Sciences, JNU. Presently, he is a distinguished professor in the Department of Biotechnology, Sharda University, Greater Noida, UP. His research interests include plant physiology, photobiology and biotechnology. He significantly contributed to our knowledge of photosynthesis.

Professor Tripathy was elected as a fellow of the Indian National Science Academy in 2005.  He is also a fellow of National Academy of Sciences and National Academy of Agricultural Sciences. He is recipient of JC Bose National Fellowship of Govt. of India. His name appears in Marquis “Who is Who in the World”.  He was NASA/NRC Senior Fellowship, Kennedy Space Center, USA, and recipient of Rockefeller Foundation Biotechnology Award, USA, Samant Chandra Shekhar Award in Science, Gold medal for outstanding contribution to science by Srivastav Foundation, Lucknow, Professor P. Parija Samman etc.

He has published more than 100 research papers, has European and Indian patents. He had and still has several research projects from different Govt agencies, i.e., DST, SERB, DBT, CSIR etc.