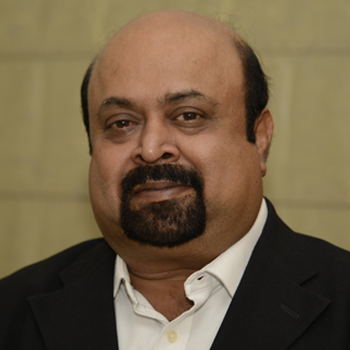 Prof.Vivekanandan  was involved in policy negotiations at WIPO Geneva as Government of India representative between 2013-2015 He was also the founding Director of Legal Information Institute (www.liiofindia.org) between 2010-2012.  He also was an elected member of the Asia Pacific Region at the ALAC(At Large Community) of ICANN ( Internet Corporation of Assigned Names and Numbers) between 2008-2010 and as the Nom Com (Nominating Committee) member of the ICANN in 2010-2011. He is a member of the Task Force of the State Planning Commission of State of Chhattisgarh.

Prof. Vivekanandan teaches IP laws, Internet Laws and Corporate Laws and has been an adjunct Visiting Professor with the Business School of the Buffalo University, SUNY since 2007 for their Executive MBA programmes on Business Laws. He had been a research scholar at Maastricht University, Netherlands and Institute of Intellectual Property at Tokyo in the past.  He was bestowed with the the Innovation in Legal Teaching by Society of Indian Law Firms (SILF) and MILAT in 2017. He served as the Jury of the CII Innovation awards committee between 2015- 2019.

His non-law interests are Cinema, Music and Gardening.