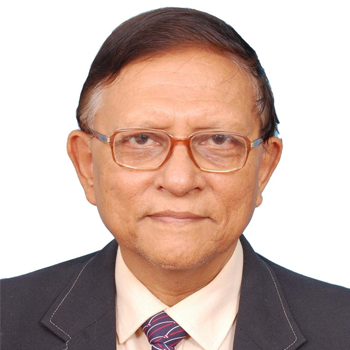 Prof. P. P. Mathur, currently Vice Chancellor, Birla Global University was  Professor  & Head, Department of Biochemistry & Molecular Biology and Dean, School of Life Sciences, Pondicherry University (PU). He served as the Vice-Chancellor, KIIT University, Bhubaneswar (Aug. 2012-Aug. 2017). He is Fellow of National Academy of Medical Sciences (India), National Academy of Sciences, India (NASI) and Indian Science Congress Association (ISCA). He served as General Secretary (Scientific Activities) of the ISCA (2016-19). He is Vice-President, Asian Association of Andrology and was on various committees of the Society for the Study of Reproduction, USA. He is member of Court of the Central University of Karnataka and served as member of Court, Executive Council and Academic Council of Pondicherry University. He is UGC nominee on the Governing Body of St. Joseph College, Tiruchirappalli and a Member of Governing Body of AIIMS, Gorakhpur.

Prof. Mathur has been Visiting Professor/ Scientist at The Population Council, Rockefeller University, New York, Cleveland Clinic, USA, Westfalische-Wilhelms Universitat, Muenster, Germany and Hamad Medical Centre, Qatar and has travelled widely within India and abroad. He has been Chairman/ Member/ Member-coordinator of NAAC peer teams to around 60 institutions and has been Chairman/ Member of many national/ International academic and scientific committees. He was member of Executive Committee of ISCA (2008-10) and Founder Convener of Pondicherry ISCA Chapter. He was President, Section of Animal, Veterinary and Fishery Sciences, ISCA (2013-14). He served on National Task Force on Bioinformatics and Infrastructure Facilities of the (DBT and Department of Information Technology (DIT), Govt. of India. He is on the National Task Force on Fertility Regulation & Expanding Contraceptive Choices of ICMR. He was the Vice-Chairman of Scientific Committee of Third Asia-Pacific Forum on Andrology, China. He has made many innovations in teaching and research including launching of Study in India Programme at Pondicherry University. He received huge funding support from various national and international funding agencies. He developed a Bioinformatics Centre at Pondicherry University, which was recognized as a Centre for Excellence by the DIT (Govt. of India). He was coordinator of National Biodiversity Strategy and Action Plan for Pondicherry.