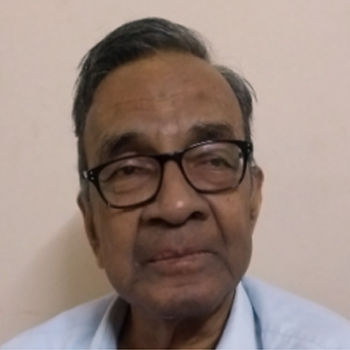 · Prof. M. R. Ananthasayanam has contributed extensively to the field of Aerospace Engineering, in a career spanning more than 50 years.

· His research activities and contributions include about 200 publications spread over reports, conferences, and journals and has guided many M.Sc. and Ph.D. Theses.

· He was involved in consultancy and design reviews for ISRO and DRDO.

· He has been a reviewer for Current Science, Acta Astronautic, Journal of Spacecraft and Rockets and many more.

· After his B.E. in Electrical Engineering from Madras University in 1961, he joined the Department of Aerospace Engineering at IISc, where he obtained his M.E. and Ph.D. He has been affiliated with the IISc until 2004, when he retired as Professor.

· His Ph.D. thesis was on flight safety with Prof. Narasimha as advisories a spin off from their work for Prof. Dhawan’s AVRO Evaluation Committee. Subsequently they proposed the Indian Standard Tropical Atmosphere and the International Tropical Reference Atmosphere from sea level up to 2000 km. Invited speaker at COSPAR meeting held at Ottawa, Graz, and Beijing.

· He has been a Member of the Task Team to revise the COSPAR 1972 document. He further contributed to airworthiness, flight safety, and for the modeling of space debris, and ionosphere. Apart from research, his teaching, development, and consultancy activities also led invariably to research publications.

· He has contributed extensively to the application of Kalman filtering for state and parameter estimation, in diverse areas such as aerospace through many MSc and PhD theses in flight test data analysis, tracking of aircraft and missiles, space debris, ionosphere, GPS/INS integration, attitude estimation and docking of spacecraft, and tomography. He continued his research pursuits after retirement.

· His vast research experience culminated in the recent publications [SADHANA, 2016] with his associates, provided the Reference Recursive Recipe for the notorious problem of tuning the Kalman filter statistics existing ever since1960 Kalman proposed the filter.

· With the above it is envisioned that a proper application of the filter will never be the same again.

· He is a recipient of the Platinum Jubilee Distinguished Service award of the department of Aerospace Engineering, Indian Institute of Science, Bangalore in 2017.

SOME MAJOR ACADEMIC AND PROFESSIONAL ACTIVITIES

2. Member of the Committee for RH-200 Data utilization.

3. Member of the Team to review wind biased trajectory simulations and data analysis held at SHAR.

4. Examiner for the Ph. D Theses from IIT Delhi, IIT Kanpur, MGU, Kottayam and many more.

5. Member of the Review of INSAT-2D Mission Operations and Ground Segment.

6. Reviewer for Flight Data Analysis and Parameter Estimation for the LCA and many missile systems at DRDL, Hyderabad.

7. Member of the Final Design Review of GSLV-D1 for the atmospheric winds to be used in the analysis of its performance.

8. Member of the Selection Committee for Faculty positions in the Department of Aerospace Engineering at IIT, Kanpur.

9. Delivered a series of about 20 lectures on ‘State and Parameter Estimation Techniques’ for the Engineers at the Hindustan Aeronautics Limited, Bangalore, during Nov. 1999 to train and provided the software to analyse the flight test data of airplanes. This software was also provided on request to the University of Braunschweig, Germany to help them in teaching estimation theory. Also conducted Conferences and Workshops on ‘Monte Carlo Methods’ and many more.

10. Member of the Preliminary Design Review of IRS-P5 (Cartosat-1) Spacecraft.

11. Regular invitee for many years now for the Departmental Promotion Committee meetings for Middle to Senior levels at various centers of ISRO and at the NAL, Bangalore.

13. Member of Syllabus Sub-Committee of the Aeronautical Society of India.

14. Reviewer for the Journals of Current Science, Institution of Engineers and Aeronautical Society of India, ActaMechanica, Journal of Rocket and Spacecraft and many other journals. and involved in many more such as in reviews of RLV, INRSS etc.