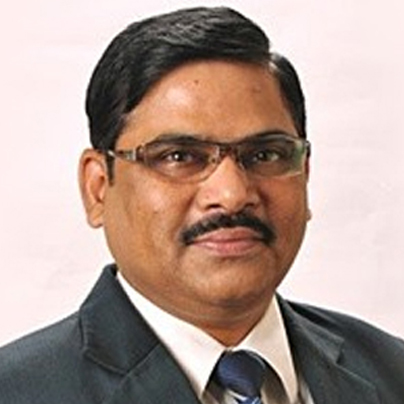 It is his sheer determination and meticulous nature that has driven him to being the Vice – Chancellor of this prestigious institution.

Dr. Kota holds a Doctorate degree in Mechanical Engineering from I.I.T Bombay. He firmly believes in commitment, teamwork and efficient completion of any task undertaken. He leads several disciplines on to the path of excellence to ensure consistent delivery of quality education. He has been responsible for identifying and establishing student exchange programs through collaborations with various universities across the globe. He also focuses on technology in teaching, R&D initiatives, Innovation & Incubation activities, Professional Societies activities, Industry collaborations for internships & placements and international accreditation’s. He has established several Centers of Excellence and laboratories in collaboration with industries.

Dr. Kota filed seven patents, one US, two international and four Indian, in association with I.I.T Bombay. He also published several research papers in Scopus/Web of Science Indexed Journals and Conference. One of his research papers was published in the Refrigeration and Air Conditioning Journal in Spanish.

His research project on Plastic Solar Water Heater won the Meritorious Award at KAIF 2007, a state level project exhibition organized by TATA Power, Mumbai, India. His R&D projects on Heat Pump Assisted Dryer and Hybrid Air Conditioning System have won the “National Award for Excellence in HVAC&R”, which was instituted by the Bry-Air Asia Pvt Ltd in the year 2008 and 2009 respectively. He was the recipient of “Award for Outstanding Contribution to Education” for two consecutive years at the Middle East Education Leadership Awards by Asian Confederation of Businesses with CMO Asia, Dubai, U.A.E in 2016 and 2017 respectively. Dr. Kota also recipient of Indywood Educational Excellence Award for the best “Engineering & Architecture Education” in the U.A.E in the year 2016 and 2017. He was presented the MaGEX – 2016 Award for the “Best Academic Administration” for 2015-16 by Manipal Global Education Services, Bangalore, India.

A life member of Indian Society of Heating, Refrigeration and Air Conditioning Engineers (ISHRAE), he has served the ISHRAE Mumbai Chapter at various positions such as a Chapter Working Committee Member, Treasurer and Secretary. He was ISHRAE’s Student Chair for the Western India comprising of Maharashtra, Gujarat and Goa in the year 2008-09 and was also ISHRAE Students’ Activities Chair, Hyderabad in the year 2009. He is a member of ASHRAE (American Society of Heating, Refrigerating and Air Conditioning Engineers) and elected by ASHRAE Falcon Chapter as the Chair for Students’ Activities from 2017 – 2020 in the U.A.E. Dr. Kota guided several research projects funded by ASHRAE. He is Ph. D examiner for I.I.T Bombay and many other prestigious Universities in India.