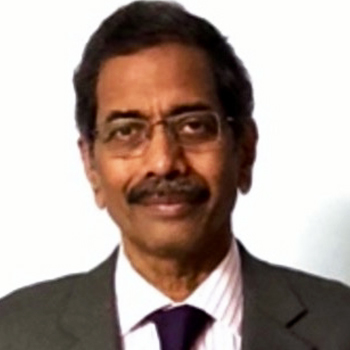 Dr.K.M.M.Rao received his B.E (Honors) and M.E. in Electronics from Birla Institute of Technology and Science, Pilani in 1970 & 1972, respectively and his Ph.D in Image Processing from Sri Krishnadevaraya University, Andhra Pradesh (INDIA).

Dr.K.M.M.Rao joined Indian Institute of Science(I.I.Sc), Bangalore in 1973, He designed and developed Black and White and Colour Drum Scanner Imager, first time in India, for digitizing and reproducing various types of photographic prints. At Institute of Science, he carried out research in Image Processing, Aerial Remote Sensing and Photowriting. Since 1976, he worked with National Remote Sensing Center (NRSC) in various positions. He was designated as Operations Director for Indian Remote Sensing Satellites,IRS-1C in 1996 and IRS-1D in 1997. He was Deputy Director (Data Processing Area) at NRSC, till December 2006. As adjunct faculty BITS-Pilani associated with Hyderabad campus, he established and taught the courses, Digital Image Processing and Remote Sensing. He guided students for their research projects and also supervised Ph.D students in medical image processing.

He has established elaborate Image Processing Facilities at NRSC Hyderabad for processing IRS Satellite data. He has established Data Processing Facilities of IRS in various countries such as USA, Germany, China, Japan,etc., and established a station at Svalbard, Norway for receiving Onboard Solid State Recorder data from IRS Satellites. He has worked in IRS projects, starting from 1km resolution satellite to 80 cm resolution satellite during last about 35 years in ISRO.

He has designed and developed number of technologies for Image Processing and Remote Sensing applications. He obtained five patents for his designs.

He has designed and developed software to analyze planimetric parameters of optic disk to study glaucoma disease objectively. He developed software to montage fundus images to study retinal diseases. He has developed multimodal image registration and fusion techniques for satellite images and for medical images. He has contributed for improving the quality of radiographic images and designed and developed computer hardware for digital catheterization laboratory indigenously.

He got number of awards for his inventions viz.,

• National Academy of Science India Award along with a gold medal, citation and cash award, in the field of Instrumentation in 1995.

• Engineer of the Year Award from Institute of Engineers, AP State Centre for 1989.

• The Additive Color Viewer won the first prize for Import Substitution in 1980.

He is Adviser to number of companies in India. He has guided a team and designed Daylight Photo write system to generate photographic prints from a photo roll paper in office environment. He has guided a software team for designing and developing Image Processing software using wavelets for Processing Medical Images. He is working on the design of ‘Hospital on Wheels’ for Disaster Management and rural healthcare applications.

He is Fellow of Institute of Electronics & Telecommunications (IETE) India, Fellow of ISNT, Life Senior Member IEEE (US), Life Member Indian Society of Remote Sensing (ISRS). He served as Member in Board of Studies in number of Universities. He served as Member of Executive Committee of IETE, Hyderabad and conducted Image Processing seminars. Currently,he is Chairman, Life Member Affinity group, IEEE Hyderabad Section.

He has around 150 research publications/reports to his credit. He has supervised more than 300 graduate and undergraduate students in their research projects. Six of his students got Ph.D from JNTU, Hyderabad and BITSPilani.

He has delivered number of Invited talks in various Universities in India and abroad. He has brought out a Special Issue of International Journal of Applied Earth Observation and Geoinformation on Indian Remote Sensing Satellite, Resourcesat-1 as guest editor. He has visited number of countries, such as USA,UK, Canada, Netherlands, Singapore, Dubai, Nepal, etc.