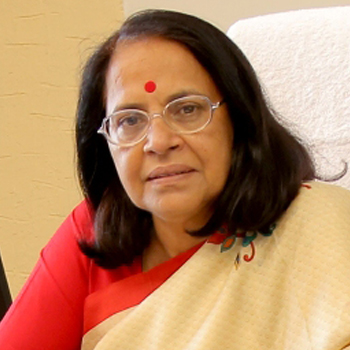 Dr. Shashi Bala Singh a Distinguished Scientist and Director General, Life Sciences (DG LS) in Defence Research and Development Organisation till 31 May 2018. Prior to DGLS she was Scientist ‘H’/Outstanding Scientist and Director of Defence Institute of Physiology and Allied Sciences (DIPAS), Delhi since 2010. A person with strong will, she has the distinction of serving as the Director of Defence Institute of High Altitude Research (DIHAR), Leh, from 2007 to 2010. She is an alumni of All India Institute of Medical Sciences (AIIMS) where she obtained her Ph.D. degree in Human Physiology in 1986 and started her career in DRDO at DIPAS, Delhi in 1990. She was awarded D.Sc. from Bharathiar University in 2014.

Dr. Shashi Bala Singh has worked extensively in the area of High Altitude physiology and has made remarkable contributions in improving the quality of life of the soldiers deployed at high altitudes. She has identified novel mechanisms of hypophagia and cognitive impairment and several signaling pathways and molecular mechanisms underlying morbidities associated with high altitude hypoxia. She worked on various behavioral, biochemical and electrophysiological studies which proved that impairment in memory function is mainly due to the oxidative stress leading to neuro-degeneration in brain structures (hippocampus, cortex and striatum) involved in learning and memory. She also worked on development of supplements with antioxidant and cholinomimetic drugs to improve high altitude induced impairment in cognitive functions. She has been instrumental in guiding studies on understanding adaptation, maladaptation, performance enhancement and rapid acclimatization using intermittent hypoxia.

Using translational research for improving life of troops at high altitude, her endeavors have made the life of troops comfortable in the most difficult to inhabit terrains. During her tenure as Director in Leh, she created an innovative agricultural eco-system that has enabled the socio-economic development of Ladakh through science and technology. Her efforts resulted in increased fresh food productivity through introduction of new varieties, establishment of greater infrastructure and intensification of lab to land programme. Under her guidance, various technologies/products like oxygen-enrichment facilities, Sourja (solar shelter), Bukhari, Alocal (Anti frost-bite cream) were improvised. All these help in modulating the microclimate of soldier thus providing improved habitability in difficult terrains. She has been instrumental in customizing various yoga packages for high altitude and hot desert conditions. She has given impetus to several genomic and proteomic studies which aim to study the molecular basis of various high-altitude induced maladies.

In a career spanning more than 30 years, her contributions have been recognized through many awards and honors, some of which include the following -

Dr Singh has been successful in commercialization and transfer of several of her technologies to the industries. Technology transfer of 10 products is under commercial production. She has supervised 18 Ph.D. students in Physiology and Life Sciences. She also holds editorship of many journals including Journal of Biomedicine (Physiology section) and Annals of Neurosciences. She has 27 patents and published three books, 27 book chapters and more than 170 research papers in national and international journals of repute.