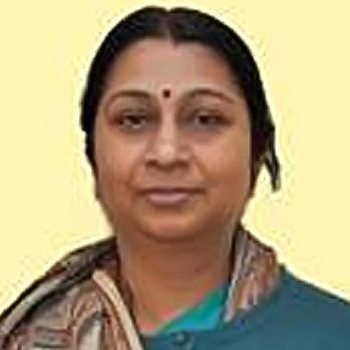 Mallika Verma Associate Professor (superannuated) is GB appointed Advisor at Miranda House, University of Delhi. She has been the NIRF coordinator from 2016-2021. She had been teaching undergraduate Physics Courses to B. Sc. (H) Physics students for more than thirty years. She did her PhD in experimental Solid State Electronics from Indian Institute of Science Bangalore in 1986 and a M. Phil. from Department of Physics and Astrophysics, University of Delhi in 1979. She was a visiting Scientist at the Department of Physics, University of Hull, UK in 1990-1991.

Presently, her area of specialization includes Material Science, Physics Education Research, integration of Modern Technologies in Education, particularly; developing computer based teaching-learning environments and innovative laboratories and Solid State Electronics and Instrumentation. She was invited to the AMSTEL Institute, University of Amsterdam, The Netherlands, in September - October 2007 for Use of Information and Communication Technology (ICT) for innovation of Science, Technology and Mathematics Education. Teacher training workshops on use of ICT in teaching were organized in line with the above at Miranda House. She visited CERN (European Organization for Nuclear Research) Geneva, Switzerland; on an invitation in August 2009 for Establishing model high energy physics laboratory at Miranda House benefiting undergraduate students. She received the Australian Leadership Fellow Award fellowship from AUSAid, Australian Government, and University of Sidney, Australia in April 2012 for Building Leadership Capacity in Undergraduate Science Teaching in India. She has been a project Investigator in 4 Delhi University funded Innovation Projects and has mentored groups of multidisciplinary undergraduate students. As coordinator she has organized a number of teacher training workshops, Summer workshops for undergraduate students Flavor of Research: Investigative Projects in Multidisciplinary Contexts held every year since 2010 at the D. S. Kothari Centre for Research and Innovation in Science Education, Miranda House. Every year nearly 100 undergraduate students take part in the program. Inspire Internship Programme for top 1 percentile of High School students at Miranda House.

She has been actively involved in setting up of a Robotics Laboratory and 3D Printer Laboratory in the college. She has also participated in a number of curriculum revision programmes at various levels.