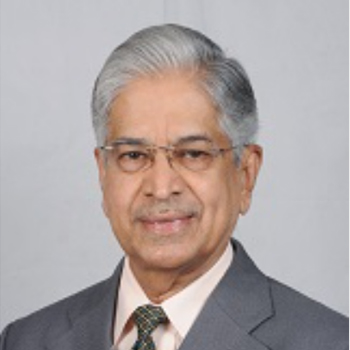 Dr. Byrana Nagappa Suresh assumed charge as Chancellor, IIST on 6th November 2017. Dr. B N Suresh, an aerospace scientist. served as the founder Director of IIST. He was the Director of Vikram Sarabhai Space Centre (VSSC), Thiruvananthapuram during the period 2003-2007. He is known for his contribution to Space Capsule Recovery Experiments (SRE). He retired from IIST in November 2010. Presently he is serving as Vikram Sarabhai Distinguished Professor at ISRO Headquarters since November 2010. He was also distinguished Professor at IIT, Mumbai and MIT, Manipal.

He has been honoured with several awards for his significant contributions in the field of Space Technology.

Dr.Biren Roy Space Science and/or Design Award, 1993 by the Aeronautical Society of India.

“AGNI” Award for excellence in Self Reliance by Defence Research & Development Laboratory, Ministry Of Defence in 1999.

“Aryabhata Award” for excellent contributions in space technology by Astronautical society of India,for 2009