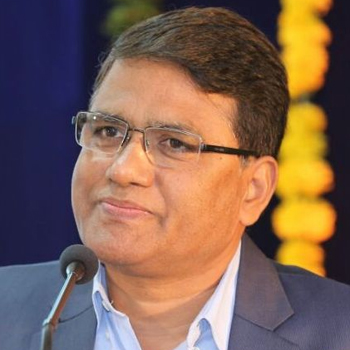 S.Ramachandram(1959) born in the Village of Samalonibavi, Gurrampode Mandal, Nalgonda District did his schooling in Government Schools of Samalonibavi, Pittalagudem, and Koppole. Later he did his intermediate in the Government Junior College, Nalgonda. Later he received his bachelor’s degree in Electronics and Communication Engineering(1983), Masters in Computer Science and Engineering (1985) and a Ph.D. in Computer Science (2005) from Osmania University.

He is presently working as a Professor, Department of Computer Science and Engineering, and is also a Former Principal of University College of Engineering, Osmania University, Hyderabad, India. He was also appointed as Convener, PGECET-2016, Telangana State

His research areas include Mobile Computing and Grid and Cloud Computing. He has authored books on Software Engineering, Operating Systems. He also held several positions in the university as a Chairman Board of Studies, Nodal officer for TEQIP Project Phase-I and Project Coordinator for TEQIP Phase-II.