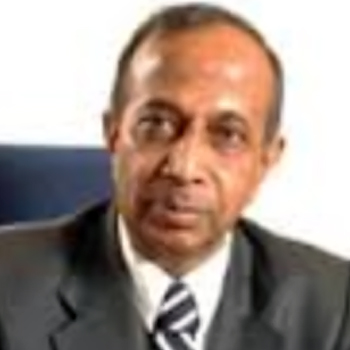 Born on 23rd May, 1947 to Smt. K S Nagalakshmi and Shri.K R Sitaramaih, Dr. K.S. Nagesh has outstanding experience of 43+ years. He obtained his Master of Dental Surgery (M.D.S.) in Oral Medicine and Radiology, and Bachelor of Dental Surgery (B.D.S.) from Bangalore University in 1975 and 1969 respectively. He received Venson's Gold Medal for Securing overall highest in BDS.

Recently, Dr. Nagesh has been conferred with the prestigious award “Doctor of Science” Honoris Causa by the Rajiv Gandhi University of Health Sciences Karnataka at Annual Convocation at Bangalore in 2019 for exceptional contribution in the field of Medical Education and Public health and research. Dr. Nagesh has also been conferred with Highest Civilian Award of Karnataka i.e. Karnataka Rajyosthsava Award in Medicine in 2005 and as Fellow Indian Society for Dental Research in 2004.

Dr. Nagesh, worked as Chairman of Ethics Committee for Human Subjects in National Institute for Mental Health and Neurosciences, India. Dr. Nagesh also held other coveted positions viz. President of ACOMFR and Regional Director of ICDMFR. He is an internationally acclaimed professional in the field of oral and community health. He has been an International campaigner on Health and Human Rights from last 2 decades. He served as Director of Rajiv Gandhi Institute of Public Health and Center for Disease Control, RGUHS, Karnataka; Professor & HOD for Dept. of Oral Medicine & Radiology and Principal for R.V. Dental College, Bangalore. Dr. Nagesh was honored as Indian Ambassador for ORPHEUS.

Contributions to the society: As the Principal for R.V. Dental College, Bangalore, Dr. Nagesh initiated  financial and logistical support program through ‘Rashtreeya Sikshana Samithi’ trust to reach out to people in the social and rural periphery. The purpose of the program was to promote oral health and hygiene among the children belonging to rural and underprivileged population. Program successfully covered rural and urban areas of Karnataka, Tamil Nadu, Andhra Pradesh and even Himachal Pradesh. In around 908 camps, treated about 2,88,278 patients at ZERO cost to the patients.

Dr. Nagesh initiated tri-sector partnership in Tamil Nadu to promote oral health in schools and serviced around 20000 school children in various regions of Tamil Nadu. The program was visited by the chief of oral health (WHO) Dr. P. E. Petersen in 2005 and recommended the program as a model for oral health promoting schools in developing countries. This led to the adoption of the ‘WHO Bangalore Declaration of Oral Health In 2005’.

Dr. Nagesh also led Bangalore Healthy City Initiative, a Tri-sector partnership between the government, private sector and civil society to provide preventive cardiology care to 6000 sanitary workers of the Bangalore city corporation and 16000 employees of KSRTC. He played a pivotal role in establishing ‘Rajiv Gandhi Institute of Public Health and Centre for Disease Control’ under the aegis of Rajiv Gandhi University of Health Sciences, Karnataka in 2014 by partnering with and technical support from World Health Organization, Geneva.

He has written numerous remarkable books which include a book on Oral Health in Kannada published by Kannada Development Authority; Text books on Oral Medicine and Radiology along with Dr Bailoor and Prof B K Venkatraman. He has also contributed a chapter in a world famous text book titled“Oral diseases in Tropics” authored by Dr S R Prabhu published by Oxford Publishers.

Dr. Nagesh’s life work has been a foundation towards comprehensive ‘Right to Health’ legislation to empower the common man like the ‘Right to Information’ and ‘Right to Education’ acts. He has delivered many public lectures on All India Radio, various television channels.